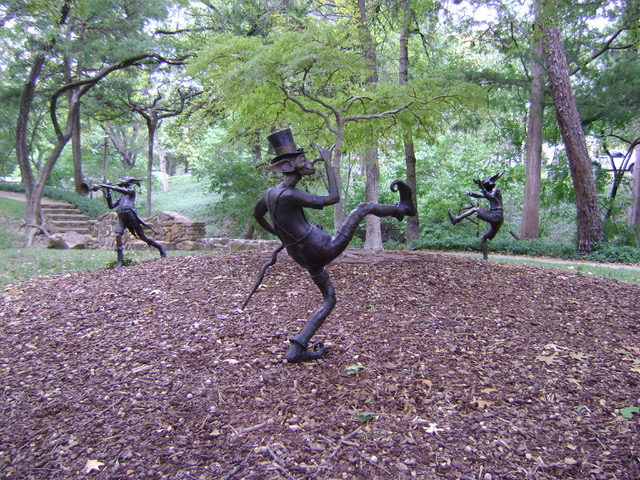 There are many different kinds of floors that one can have installed. A family’s choices can be determined by taste, needs, budget and creativity. That means that not only does one have the opportunity to choose between tile and stone, and between carpets and laminates, but there are also many different kinds of hardwoods and the ways in which they can be installed. All of these means can be achieved by one of the crack flooring installation teams from Texas Hardwood Flooring.

R.and B. of Highland Park, Texas, are highly creative people (R. is a sculptor and B. is a freelance copywriter and hopeful novelist) with a large house and an ample budget for updating their mid-century modern abode. The airy, light feel the house design intended seemed to be struggling against some boring, dark hardwood floors and an expanse of hideous rust-colored carpeting. The couple consulted with our project manager, Brian, and found out what could be done reasonably and artfully. They had a blast making the plans.

The carpet in the upstairs bedrooms was torn out by the Texas Hardwood Flooring crew that services Highland Park, and the subfloor checked for sturdiness (it had held up well over the years). Each bedroom was given a different kind of engineered hardwood flooring: One maple, one hickory, and one red oak, with contrasting colors, although all of them were on the light end of the color spectrum. The planks in the hallway that connected them were set at a ninety-degree angle to the bedroom woods.

Downstairs, a similar pattern was played out.  Using wide-plank three-quarter-inch maple, both four inches and eight inches, the raw wood was installed. After it had acclimated for about a week, the team came in and sanded and applied a clear stain to the wooden flooring. Once several coats were applied, a layer of polyurethane was applied and left to cure. Twenty-four hours later, another coat of poly was applied. The living room floor was laid at a forty-five-degree angle to the walls. The hall to the kitchen and den were laid at the opposite angle, and with an only slightly darker white oak.

Finally, the kitchen was treated to a pale gray travertine, which came in sixteen by sixteen squares; these were also laid at an angle to the walls. The overall effect in this house was magical. It was a large job, one that the Texas Hardwood Flooring guys and their project manager handled with aplomb. The artsy couple who own the house were happy with the final funky elegance of the outcome. Brian said he’d ever seen anything like it, and honestly, he wasn’t sure it would work; but it does. R. & B. concurred, and are happy campers.