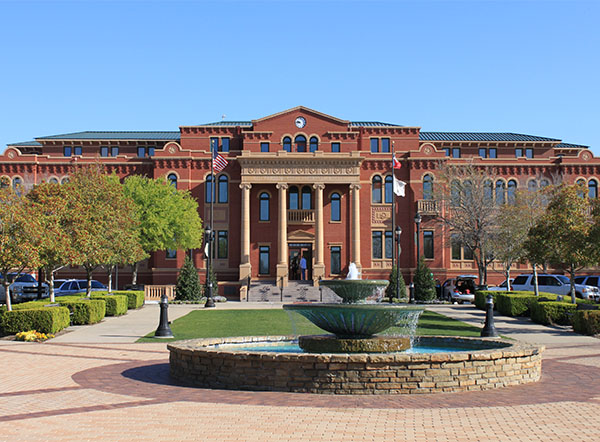 Lucas had a problem. He had gone on vacation to the west coast for two weeks, leaving his three cats in his apartment in Southlake, Texas. Although a friend came in to keep the felines fed, that’s all she did, only stopping in the kitchen. Meanwhile, the litterbox had gotten full, and the cats had grown disgruntled with the mess. They decided that Lucas’s bedroom and the adjoining hallway would make a good substitute.

Maybe you can imagine what that meant: a week of collected cat “mess” on the floor not only smelled terrible, but it had totally damaged the floor extensively. Liquid had definitely warped the wood beyond redemption. Lucas knew his landlord was going to be upset, and it was going to cost him. Unfortunately, he didn’t have a ton of money to spend on new flooring. He went on his favorite social media site and asked for help. A friend of a friend recommended Texas Hardwood Flooring because they had been satisfied customers.

Jesse went out to talk over what could be done. (In the course of their conversation, Jesse and Lucas discovered a love of disk-jockeying and bonded over their mutual taste in music.) Jesse identified the damaged floor as a laminate hardwood product. Although Lucas couldn’t get the money together quickly to pay for the floor, he found out that he could finance it with Texas Hardwood Flooring’s help. He was very excited, because that meant he could get the floor replaced right away. Jesse arranged for the financing, and had a matching laminate floor delivered to Lucas’s Southlake apartment within two days.

The Texas Hardwood Flooring Southlake crew arrived and took the old floor out and disposed of it. Fortunately, the subfloor had very little damage, although one sheet of plywood had to be replaced. On top of the plywood, the team put a layer of polyurethane sheeting for moisture protection, and then the new laminate flooring was “floated” on top of that, i.e. the planks were clicked together and locked, forming a floor that stretched from wall to wall without attaching to the subfloor. New quarter-round was tacked to the baseboards to cover the space between floor and wall.

When all was said and done, the floor looked as good as new. When Jesse checked in later (and actually, partly to talk about a dee-jaying job they were considering doing together), Lucas said that the smell had dissipated over the course of a few weeks (“Thank God!”) and he wasn’t afraid of his landlord arriving unexpectedly any more. Another successful flooring installation in Southlake by Texas Hardwood Flooring! Gotta blow our own horn, sometimes, eh?

Need us to come to your rescue, too? Contact us for hardwood flooring installation in Forth Worth!