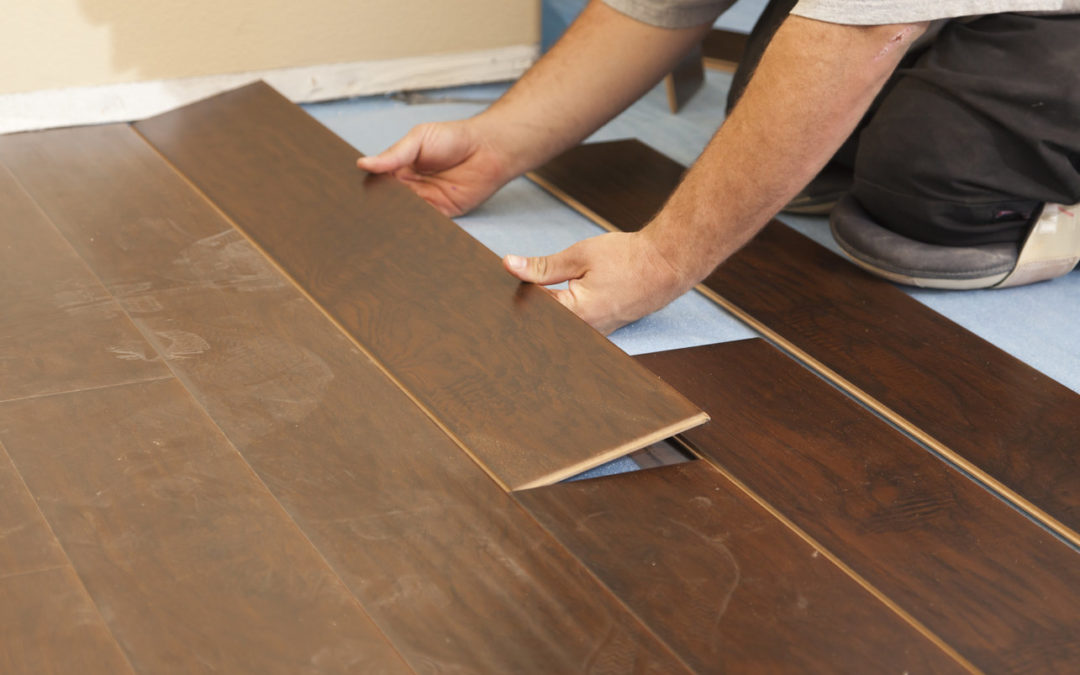 Sometimes when you move into a new house, it’s just perfect. And then there are times when you just have to change some things in order to live in it sanely. That was Wendy W.’s feeling when she and her husband downsized in East Dallas. One of the major changes needed was new floors. This early 1960’s ranch had had carpet from day one. Wendy decided that carpet was fine for the three small bedrooms and the hallway connecting them, but the living room, teaching studio (she is a voice teacher and vocal coach) and kitchen needed something other than carpet.

Getting Wendy’s Flooring a Clean Start

That was about half the flooring that needed work. There were other projects going on at the same time: the walls were all being repainted and there were some minor construction changes that were being made (a wall out here and a built-in bookcase moved there, for example). So Wendy sent her husband and two kids away on a trip (“so they don’t drive me crazy while I’m being my own contractor”) and the work was begun.

Jesse’s Texas Hardwood Flooring team came in and tore out the carpet first, and then did an assessment of what was underneath. There were some pleasant surprises!

First off, the parquet flooring in the living room was beautiful and untouched in the decades since the house had been constructed, having always been covered with carpet. All that needed was a sprucing up, i.e., a minor sanding and re-staining, and it was good as new. Meanwhile, the front room, which now serves as the studio, had a simple plywood subfloor. Prepping that was simple, only a few small pieces needing to be replaced. The kitchen, which was connected to both rooms, had a “hideous” (Wendy’s word) tile on it.

Since taking out the tile was a major, costly undertaking, and probably not necessary, the crew simply glued down the new ¾” x 3” solid red oak on top of the tile. This left the kitchen floor approximately ½” higher than the living room and studio. This required that the transitions to be “reducers,” taking the floors down a half-inch at two different doorways.

Wendy chose a very dark stain, Duraseal Dark Walnut, for all of the rooms to be redone. Jesse and the crew were very careful to coordinate their processes with the work of the carpenter and the painters. It was an interesting balancing act, of course, but it all worked out. The team also replaced the tile in the two bathrooms.

Start Your Own Installation Story Today!

Wendy’s husband and kids came back to Dallas after two weeks of floor installation and said it all looked great. And Wendy is happy with her new floors. For now, that is. Her husband says she’ll want to change it someday, “just for the change of it.” Well, that is her prerogative, and Texas Hardwood Flooring is always standing by for any kind of new flooring installation she might want to come up with!