Will in Addison: “Replacing Carpet, Finally!” 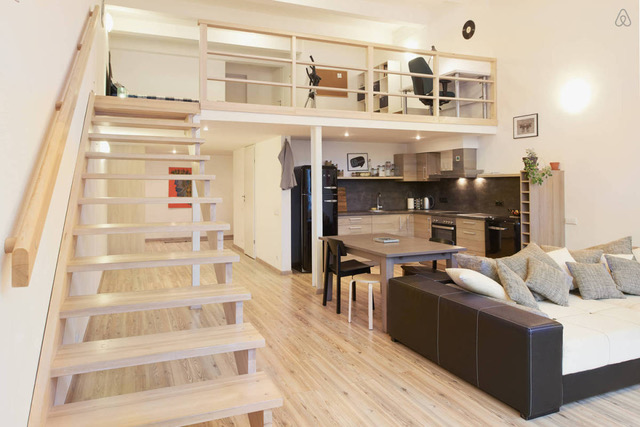 It’s a common story around here: Someone excitedly moves into a house they just bought, a house with some years on it, and it has always had carpet. Especially if the house was built in the 1950’s or 1960’s or was built with a constrained budget. Whatever the reason, decades of carpet replacing carpet replacing carpet is all this house has known.  And the new owners realize that carpet is not the floor they want in this room, or that room, or this hallway.

This has happened twice to my own family, one in a house built in the mid-1950’s, the other from the early 60’s.  In both residences, my wife thought the carpet spoke of another time (especially the one that was shag), one she no longer wanted to live in.  So, we (well, actually, a Texas Hardwood Flooring team) tore out an unattractive, worn-out carpet, and discovered pristine red oak floors hidden underneath the carpeting in several rooms! All the thirty- or forty-year-old floor needed was a little cleaning up and we had a lovely “new” late-20th/early-21st-century style in our mid-century house. Likewise, Will R. and his spouse desired good-looking hardwood flooring installed in their Addison, Texas home. Unfortunately, this house was newer, and, although some of the floorings boasted a pleasant red oak, a lot of the dwelling was covered in worn-out, stained and dusty carpet. They called Texas Hardwood Flooring to see what could be done, and our skilled and personable project manager, Bart was on the job and he provided a number of excellent recommendations. (It didn’t hurt that Bart and Will felt they were “kindred spirits;” the jokes about their mutual country backgrounds were frequent.)

Under Will and his wife’s carpet, there was only a crude subfloor. So, after removing and carting away the carpet, and making sure the subfloor was in good condition, Bart’s crew installed solid hardwood flooring where the carpet had been. They did it to match the wood type (red oak) extant in the house. Following that the team found a matching stain.  When those coats dried, the Texas Hardwood Flooring team spread several coats of polyurethane over both floors, old and new, providing a pleasing, unified finish to the whole house. They also did a nice installation of new hardwood stairs leading to the second floor, also stained and polyurethaned.

Upon the suggestion of the project manager, the owners decided on caulking for the baseboards rather than any kind of shoe mold. They decided it was a cleaner, more contemporary style that corresponded with their taste.

This Addison couple were so delighted with the work that Bart’s crew did, they have asked Texas Hardwood Flooring to replace and install new tile in their new house.  So, yes, despite our name we can and do also install tile for our clients, and do it with as much professionalism and skill as we do your hardwood floor installations. We have no doubt you’ll be as happy with our work as this husband and wife are.